Putting My Dog to Sleep 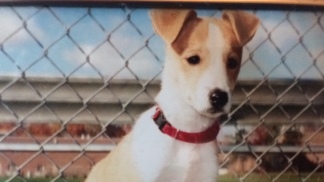 I put my 17 year old dog to sleep this week. It seemed like the time had arrived. He had been blind for about two years. During that time he lost a lot of weight. In the last months of his life he experienced occasional seizures. Over all his quality of life seemed to have reached the point where euthanasia seemed like the right thing to do. Even so, I struggled a lot with the decision.

For most of his life he had boundless energy. He was a twenty pound, very intelligent and muscular Jack Russell Terrier mix. I would take him on long walks in the woods where he would chase deer and come back to me ten minutes later. He always wanted to play fetch and would frequently drop a ball or a stick at my feet so that I would throw it for him to retrieve. He learned to catch Frisbees. He leaped into the air to bite tree branches and sometime swung from them. One time he came home with bite marks around his neck. I took him to the vet to get him stitched up. We learned later that he had fought off one or more coyotes. Unfortunately we learned this because they killed another dog we owned at the time. 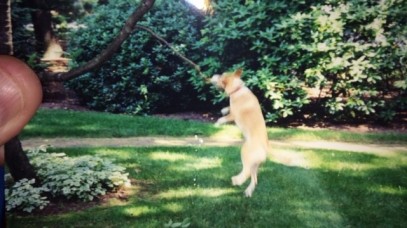 I had been considering the option of euthanasia for several months. At first I wondered whether I was considering euthanasia because it would eliminate the burden of taking care of him. I did not want that to be the reason I put him to sleep. But he was a shadow of his former self. I had to carry him up and down the stairs to go to the bathroom outside. He did not like going on walks anymore. At times he would get lost while eating and I would have to reorient him so that he could find his food bowl again. He no longer liked me to pet him or to sit on the couch with me the way he used to.

I had spoken to an veterinarian acquaintance who told me that I will know when the time is right and to not feel bad about it either way. This made me think about how we as a society look at the subject of euthanasia. There are many who are opposed to it under any circumstances for people but who think it is perfectly acceptable for animals when they no longer have a good quality of life. That seemed to be the message I received from several sources anyway.

From my own perspective, I was not comfortable with the decision for a long time. But eventually his physical and apparent psychological condition reached a  point where it did seem acceptable.

So I made the appointment with the vet. The night before we fed him a dinner of steak and rice with green beans which he seemed to enjoy. This gave me second thoughts about going through with it. The next day, I took him outside to go to the bathroom for the last time. I then scooped him up, put him in the car and drove him to his appointment. I met my wife there. The vet weighed him (I suppose to know what dosage to give him). We then took him to an examination room where we were given time to spend with him. Then the vet took him into another room to administer a sedative. When she brought him back he was awake but limp. We sat on the floor and pet him for a bit longer and then told the vet she could go ahead with it. She injected the medicine into him. She held a stethoscope to his abdomen. In less than a minute she said that he was gone. 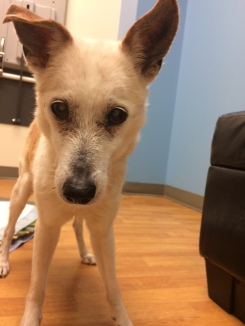 It surprised me how inanimate his body looked at that point. Up until that point it seemed like he would linger on in his weakened state forever. His life force seemed to stubbornly hold on despite his low quality of life. But then in an instant he was gone and there was no reversing the situation.

In the days leading up to this appointment I felt sad but resigned that this was the right decision to make. Afterwards I felt a welling of grief that was on some level surprising but on another predictable. Before the appointment I knew the grief was sitting down there even though I did not consciously feel it. Still, when it surfaced after he was gone I could not help but be surprised at my own ability to hold these emotions subconsciously. In these days that follow I feel his absence. He was my companion for 17 years. He was older than my children.