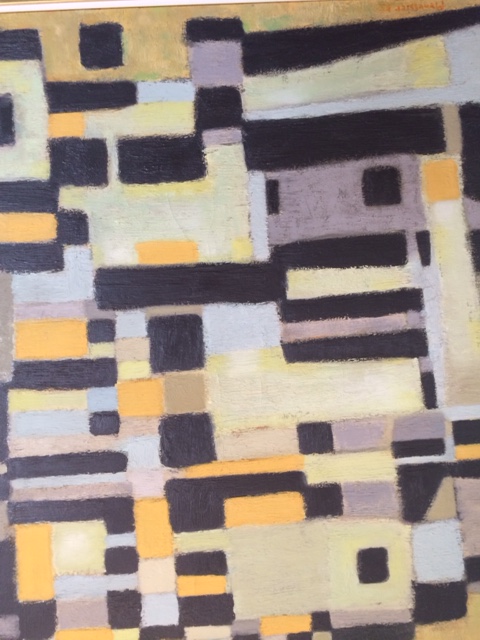 I am not sure who else is reading these posts except myself and the white supremacist who has been obsessively commenting on my blog. I have now found myself in the situation where the subject of my blog posts concerns the comment section of the last blog post (which in turn concerned itself with the comment section of the post before that). The statistics WordPress provides me indicate that people from countries other than the United States are viewing my blog and I do get likes from people who are not the white supremacist so there are definitely other people reading. I cannot imagine why this is but if you (gentle reader) fall into this category please make a comment so I do not have to only read the comments made by the white supremacist which will make it easier to steer this blog in a much needed different direction.

The white supremacist has several clichéd catch phrases that he repeats over and over. Interestingly, this is a trait common to almost every conservative I have observed. I suspect this is a way of simplifying the world by labeling things and placing them into categories. Rush Limbaugh does this a lot for example. Among the white supremacist’s favorite catch phrases are “Radical Autonomy”, “Self-Annihilation” and “Objective Supremacy”. He has steadfastly refused to define either of these catch phrases in a satisfying manner. For example, he has accused me on many occasions of having committed the sins of Radical Autonomy and Self-Annihilation. As best I can tell one annihilates himself by being radically autonomous. I am not sure exactly what this means but I know that he connects these two terms with being a “liberal” (another one of these categories conservatives love to throw around). He has also accused me of “not believing in Objective Supremacy”. I have explained to him that I do not know the definition of “Objective Supremacy” and as such, I do not know whether I believe in it or not. He seems to take this response as a confirmation of his belief that I do not believe in Objective Supremacy.

The essential nature of these words is how they are employed in a circular manner to define each other. A liberal is radically autonomous and therefore a self-annihilator who does not believe in objective supremacy. He has made the argument that all definitions are circular within a “closed system” of thought. I agree that he is closed minded but I do not think that is what he means. I think what he means is that all definitions are ultimately circular because nothing can be defined without reference to something else. This is true, however he has not defined these terms in reference to other concepts except in one illogical instance.

He has not made any comments in the past few days although I am pretty sure he has been regularly checking my blog because for a few days I have seen 1 U.S. visitor with a number of views. In a very real way it is a relief that he has not been commenting. The constant back and forth although on some level amusing is also draining and negative. I am confident neither one of us will ever appreciate the other’s viewpoint. But the exchange is ultimately not about proving the other wrong. As with all trolling it is about getting a reaction out of the other person and getting the last word in on the argument. If he does comment on this blog post I intend to press him to make clear the contradiction regarding his “definition” of Objective Supremacy. But if he does not comment on this blog so much the better.

Shame Resulting From Bad Programming and the Compulsion to Defend It

In a previous thread on contraception I had an issue with a semi-stalker who followed me from the comments section of another blog to my own. He accused me of being desirous of “self-annihilation” because my wife and I use contraception. I pointed out that we both still exist and we reproduced twice already. But in his mind (I assume this person was male) any use of contraception is equal to “self-annihilation” without exception. This individual also accused me of posting in the comment section of the other blog for the sole purpose of confusing right thinking Christians who were seeking the truth. I find this behavior fascinating.

I recognize a bit of my old self in him. It is a mixture of close mindedness, judgmental-ism, obsessive compulsion and denial. The mere fact that I believed something contradictory to his beliefs seemed to threaten him. This feeling of being threatened motivated him to blast my blog with comments. I ended up having to delete some of his comments because they were verging on inappropriate. What I find so fascinating about this behavior is it displays how powerful the urge to lash out becomes in a mind dominated by a shame ego. He made personal attacks presuming to know not only my conscious but also my subconscious thought process and motivations. His tone was very angry and aggressive.

As I said, I recognize this state of mind because I have experienced it personally. It is the same state of mind that caused me to obsessively bait a conservative bully on a Star Trek message board. I have described this state of mind as a separate entity called a “Shame Ego” that takes control but sort of masks its true identity by convincing its host that it is the host. In other words, the shame ego thinks for the host and the host believes the thoughts of the shame ego to be its own. This shame ego is the result of bad programming early on in life and divided loyalties. The source of the programming is typically the host’s parents. The host feels bad while running the program but also feels loyal to the source of the programming. As such, he cannot reject it. Often he will turn it around the other way and vehemently defend it by lashing out at those people who question the truthfulness of the programming or whether the programming serves a useful purpose. This is what I believe happened to the person I described earlier in this blog post.

The only way out of this mindset and the misery it generates is to give up defending it. This is difficult because it feels disloyal and wrong to the host. But to continue on with it is not desirable both because it makes the host miserable and because the host tends to spread the virus that is the bad programming on to other people. This bad programming is spread through shame. I have written a lot on shame in other blog posts so there is no need to get into that now.