The Logic of a White Supremacist 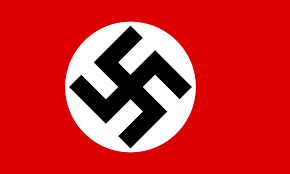 At some point I have to ask myself if there is any value in continuing this conversation with the self proclaimed “white Supremacist.” I say this because it is now evident that his world view is not indicative of some larger movement. His mindset and belief system is really just his own (and perhaps an Australian blogger he referenced to have been influenced by). In spite of his solipsism he has hijacked the labels “white Supremacist” and “Christian” but truly he is neither in the traditional senses of these labels. I say this only because he specifically denies being a part of a community of fellow white Supremacists or fellow Christians who share his beliefs. As such, what I am really investigating when I debate him is the content of his mind and nothing else. No larger truths are revealed in this process; at least no larger truths concerning white Supremacy or Christianity.

Another aspect of our relationship I must acknowledge is that he has given me a wealth of material to write about which has significantly increased the viewership of my blog. I suppose I should be grateful for his assistance in helping me to get my message out. Ironically, he started commenting on my blog for the specific purpose of expressing his displeasure with my message.

But interacting with him is a negative business. I have been over this before. It does not uplift my spirit in anyway. On the contrary, it drags me down to his egocentric level. It is criticism, comparison, degradation and shame. It has a painful and depressing quality to it. Of course I am bringing this up to also acknowledge that this dialog must at some point come to an end because ultimately it serves no positive purpose. It is akin to internet trolling or addiction in that it provides a moment of entertainment value but is actually void of higher purpose value. It is almost as if Thordaddy (the white Supremacist’s handle) is a reincarnation of Admiralbill from Sistertrek.

It must end at some point. I am thinking Lent might be a good time to cut the chord. The great thing about this sparing match taking place on my blog is that I can end it at any time simply by deleting his comments. I did not have this luxury on Sistertrek with Admiralbill. As such I was always in the position of hoping he would not respond so that I could maintain my possession of the last word.

Before I cut the chord there is a little more to discuss. Notably, he recently wrote a comment wherein he laid out a five point logical proof of his belief system:.

His first assertion is “The Perfect Man [is] empirical fact.” By this he means that there is documented evidence of eyewitness accounts testifying that Jesus Christ existed. This documentation is the New Testament. He refers to Jesus as the “Perfect Man” but it is not at all clear in what sense he sees Jesus as perfect. I suspect he does not believe Jesus was racially perfect in that he was ethnically a Semite. Perhaps he means that Jesus had a perfect mindset. If true, I would argue that Thordaddy does not seek to emulate this mindset. I suspect he would argue that my interpretation of scripture is corrupted by modern, liberal influences and that Jesus in fact advocated white Supremacy which I suppose would make him prejudice against himself.

His second assertion is that there is “[n]o such ‘thing’ as ‘universal equality’. By this he means that humans are not inherently equal. The implication is that I or liberals in general believe that everyone is equal. I am not sure why he holds on to this assertion so tightly but it seems very important to his belief system. People are clearly not equal. Some are short and some are tall. Some are strong and some are weak. Some are rich and some are poor. I do believe in equality before the law. I am not sure if this is what he is referring to in terms of “universal equality” but I suspect not. He once said something to the effect that equality before the law works well on paper but not when managed by “radical autonomists.” I think the stronger argument is that equality before the law would not work well when managed by racists.

His third and fourth assertions are the “white man strives towards Supremacy” and that “[w]e call such white man a ‘white Supremacist’.” He has repeatedly argued that when he uses the word “supremacy” he actually means “perfection” and not “superiority over other races.” In other words, the fact that he seems to hate other races should not in anyway be considered as it relates to his racial superiority. This seems like he is not willing to fully own his racism which in turn suggests there is an undercurrent of shame at work. This has been my point all along. It is a point that seems to get under his skin which in turn suggests there is some truth to it.

His final assertion is that “Blacks HAVE NOTHING TO DO WITH 1-4 beyond simply agreeing or showing an enemy face.” But I think “Blacks” have everything to do with his first four points. He seems to want to hate “Blacks” but justify this hatred with a pseudo-spiritual / philosophical system. His denial runs strong and deep. I know that I will never convince him that he is wrong and he will never convince me that he is right even though this is the mode in which we converse with each other. So really there is no purpose in continuing this dialog which is the point that started this piece off in the first place. There is an entertaining quality to it, true. But there is also a negative, ego saturated quality to it as well. It is this negative quality that will ultimately motivate me to put an end to it.

144 responses to “The Logic of a White Supremacist”